Sacmi, a double dose of success on the strategic Spanish market

Sales to long-standing Group customers remained not only resilient but actually increased. There were major “new entries”, one of the most noteworthy being the Iberian market’s leading producer in terms of volumes, the Pamesa Group. The latter chose Sacmi to execute a complete plant engineering overhaul of the long-standing Taulell brand. Sacmi thus confirms its Spanish market leadership in hydraulic presses, highly energy-efficient kilns, driers and spray-driers while making new gains in the product handling field 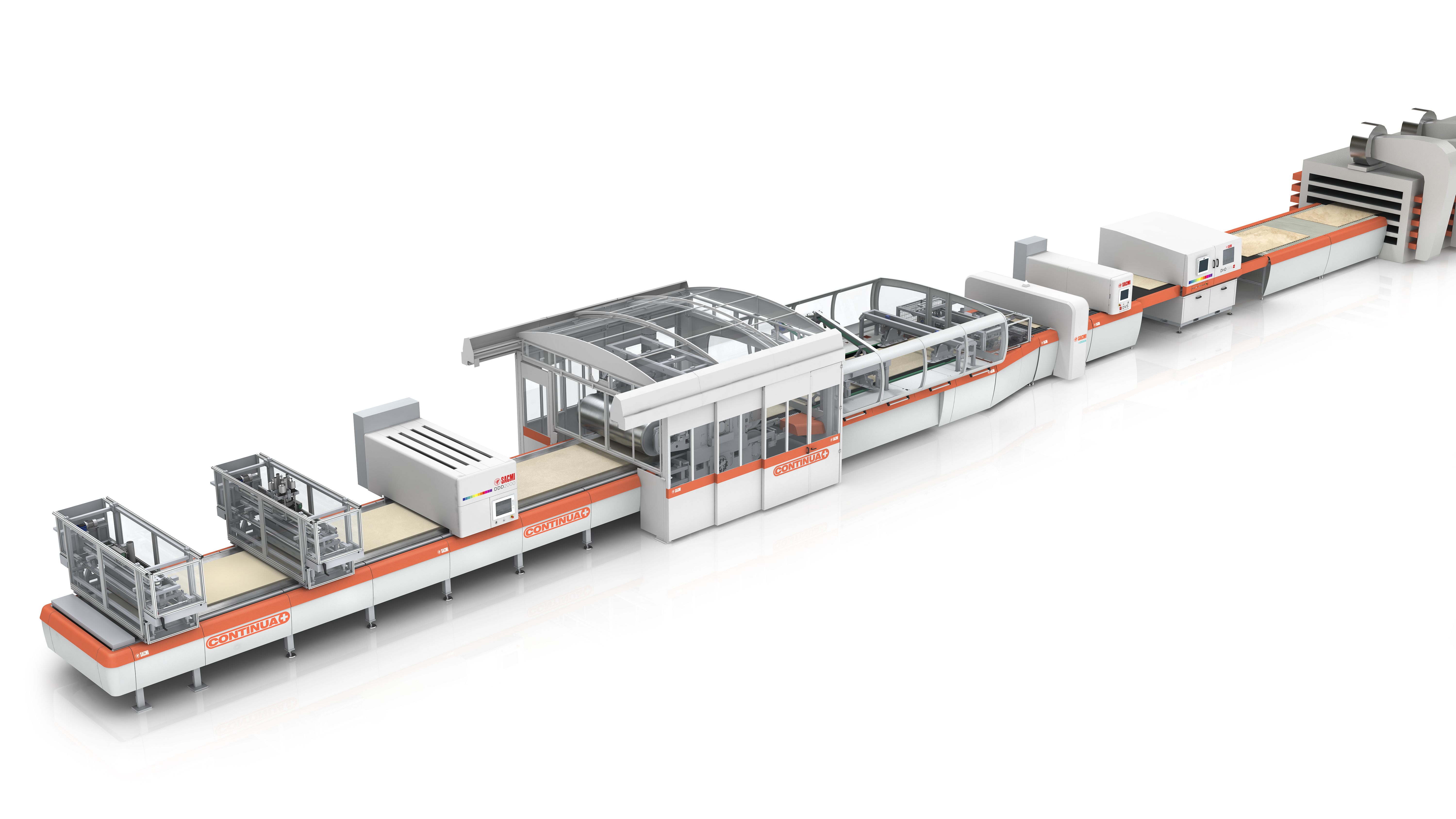 Sacmi has strengthened its position on the Spanish market, with sales in 2016 higher than those in the previous year, demonstrating that Sacmi continues to be esteemed by long-standing customers and is more than capable of attracting new ones, even in technological areas traditionally dominated by competitors. This, then, was the conclusion reached by the Group Ceramics Division’s analysis of its performance in Spain, one of the world’s top five ceramic-making nations and, along with China and Italy, responsible for two-thirds of global exports.

A look at the data for the Spanish market shows that the increased sales regard all the machine types in the range, from energy-efficient EKO kilns (a total of 17 over the two years, 9 in 2016) to hydraulic presses (in total 11 machines sold in 2016, 25 in the two years assessed); key orders have been placed for high tonnage presses specifically designed to handle large formats. Note also the 7 multilayer driers sold since the beginning of the year (out of a total of 17 horizontal and vertical driers sold during the two-year reference period).

Following the excellent feedback obtained at the Tecnargilla fair in Rimini – in terms of both interest shown and the flow of visitors to the Sacmi stand – the Group continues to lead the Spanish market in the ceramic body preparation field: 7 modular mills of varying size and dimensions were sold between 2015 and 2016, plus 4 spray driers, including the all-new ATM 250, a next-generation machine launched this year and specifically designed to meet the needs of the Spanish market.

All orders were placed by customers of primary importance, such as the Cenusa-Stylnul Group, which this year started up a spray-drying plant with the first ATM 250 and two modular MMC 180 mills. Then, of course, there was the Pamesa Group, a key player on the Iberian market, a colossus based in Almassora, in the Castellón della Plana district: following their takeover of Tau Ceramica, they deemed Sacmi to be the provider of the world’s best technology for all the main ceramic-making machines and thus selected it to complete a plant engineering overhaul of the historic Taulell brand. In addition to the all-new ATM 250 – the second such machine sold on the Spanish market – Sacmi also supplied PH 6500, PH 7500 and PH 10000 presses, thus covering virtually the entire range of solutions for the efficient production and management of large tiles.

Completing the Pamesa-Taulell order were three large-capacity driers (the 33.9-metre ECP 307) and the same number of EKO kilns (with 3500 mm intakes) of different lengths. Note also Pamesa’s decision to place its trust in Sacmi as regards handling and storage: an area which, even though competitors have always been particularly strong, now sees Sacmi as the provider of the most effective, efficient technology currently available on the market (LGV vehicles supplied by Sacmi-Nuova Fima manage all handling of both unfired/fired products and packaged/palletized products).

Similarly, in 2016 Baldocer, another top player on the Iberian market and a Sacmi customer since 2014, completed its installation of the CONTINUA+ line, the revolutionary Made in Sacmi compaction technology that allows raw materials to be transformed into decorated ceramic slabs of varying size and thickness directly from raw materials. With this new order, then, Sacmi now has two CONTINUA+ solutions installed in Spain (the other was completed at the end of 2014 at Inalco) and some thirty such solutions installed worldwide with leading manufacturers. Going back to the Spanish market, the two already-up-and-running solutions will, in 2017, be joined by a third CONTINUA+ line commissioned by Living Ceramics, a new Sacmi partner that sees this technology as essential to manufacturing high-added-value, great-looking slabs. It should also be pointed out that, during 2016, Colorker completed a major renewal of its existing lines; this project included the purchase of an all-new Sacmi EKO kiln and two 28.2-metre horizontal 5-channel driers.

In addition to the projects completed with these new partners, in 2016 Sacmi continued to supply all its customers acquired over the years, including high-calibre names such as Porcelanosa, Argenta, Ceramica Saloni and Peronda. More specifically, Porcelanosa, already a long-standing purchaser of Sacmi machines, decided to give Sacmi the task of renewing its entire handling system for the Monker factory. Ceramica Saloni, instead, is investing in an all-new factory in which Sacmi is the key partner for the entire plant, from presses to drier and kiln (including the sorting machine and the squaring/chamfering system) and, again, the handling and end-of-line solutions.

“These results”, explains Claudio Marani, General Manager of the Sacmi Group, “have a dual meaning. On the one side, Sacmi has maintained performance levels with long-standing customers as regards the machines with which it has traditionally led the industry (presses, kilns and driers). On the other, gaining the trust of customers new and old also as regards product handling solutions reinforces and extends the Sacmi Group’s role as an all-round supplier, as the handling market has traditionally been dominated by competitors. This year, then, lays the foundations for a ‘repeat performance’ of these outstanding results in 2017, in terms of both quantity and quality of sales”. This competitive advantage – highlighted by these recent orders from Spanish producers – goes beyond technology to include service. This is because of the Group’s unique capacity to provide customers with close support right from the design stage and supply fast spare parts and assistance services throughout the working life of machine and plant.